Teens more prone to addiction due to changes in brain chemistry: Study

It can be devastating for parents to know about their children’s addiction. With early exposure…

There are many people who give away everything for alcohol. The urge to drink can be such that it…

Many people who abuse marijuana believe that it is not harmful to the body, but studies have shown…

Understanding the stages of drug and alcohol relapse

When any disease that has gone into remission or recovery, reappears, it is known as a relapse…. 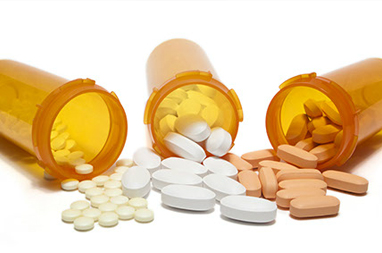 Oxycodone is an opioid pain medication that helps treat moderate to severe pain. Its extended-release form helps provide around-the-clock treatment for pain. Being a narcotic, the drug may be habit-forming even when taken as prescribed. When taken as prescribed, oxycodone can bring about pain relief, cause euphoria, reduce anxiety and lead to extreme relaxation. Misuse of the drug can lead to overdose, addiction and even death.

As per the Drug Enforcement Administration (DEA), in 2013, there were nearly 60 million prescriptions for oxycodone-containing drugs. The agency also states that in 2011, the drug was responsible for more than 150,000 emergency room visits.

Oxycodone is available in a pill and liquid form and is often prescribed in combination with other drugs like aspirin and ibuprofen. Classified as a Schedule II drug by the Controlled Substances Act, oxycodone has a high potential for abuse and may lead to severe psychological and physical dependence.

Some of the common side effects of oxycodone are:

Some of the most dangerous side effects of oxycodone include breathing problems.

Commonly supplied under the brand names Percocet and OxyContin, the drug acts by changing the way the brain responds to pain. As the drug produces rewarding sensations in the brain, oxycodone has a high potential for abuse. When used recreationally, there is a chance of overdose as recreational methods of consuming it often leads to absorption of a large amount of drug.

It is effective for individuals suffering from chronic pain, but its long-term use can have serious psychological and physiological effects. Known to be associated with liver and kidney failure, oxycodone use can cause a reduction in brain’s ability to adapt to new input which may cause a compulsive behavior. When used in combination with alcohol, the drug can cause severe respiratory problems and may even lead to an overdose. When abused in higher quantities, it may lead to following symptoms.

The most severe effect of oxycodone abuse is addiction to oxycodone. As the withdrawal symptoms can be quite uncomfortable, individuals attempting to quit oxycodone should seek professional help.

During detoxification in an oxycodone addiction treatment center, medications are used in reducing cravings, managing withdrawal symptoms and in preventing a relapse.

I was hoping that by the end of treatment, I would want it for myself instead of because of my circumstances. Sovereign exceeded my expectations. It was everything I hoped it would be and more.

The staff is incredible. The groups are informative and friendly…It’s just great. I actually enjoyed coming here. I looked forward to it.

I was a really broken girl when I walked into this program and I have grown so much. I have so much more self-confidence now.

The therapists really get to know you and they really care. They really want to help you get through all the issues you’re going through in life.

Sovereign is a different rehab…the people you are living with are your family.

Available 24/7 for treatment options in your area.